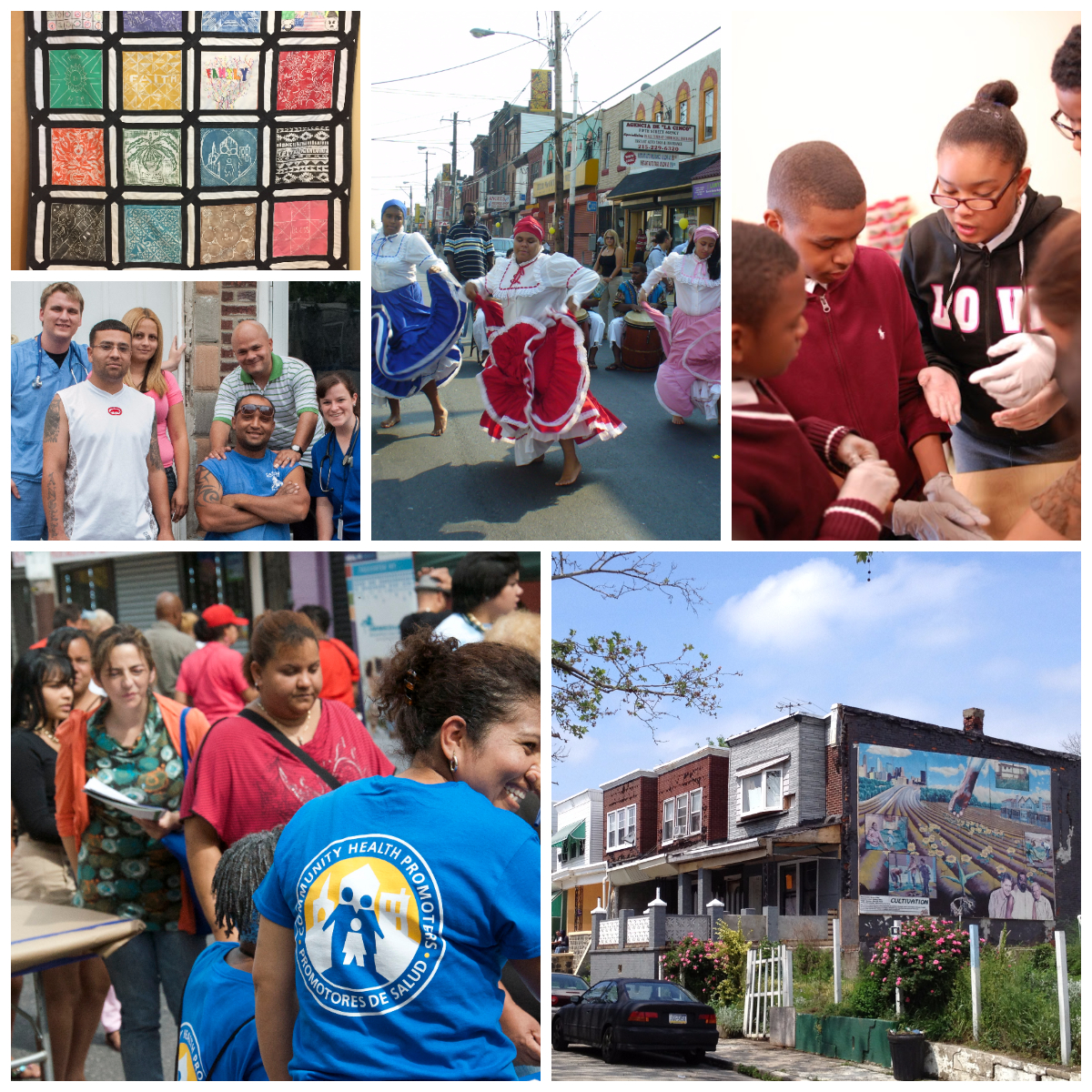 The North Philadelphia community that Esperanza Health Center has served for nearly three decades includes the densely-populated neighborhoods of Upper Kensington, Hunting Park, Fairhill/St. Hugh, Harrowgate, Feltonville and Juniata Park. Nearly one out of every five Philadelphia residents lives in our community, which is the largest Hispanic community in the city and is among the largest Puerto Rican communities in the United States.

In the late 1800’s and early 1900’s, North Philadelphia had become a major hub of manufacturing known as the “Workshop of the World.” The Kensington neighborhood and surrounding communities were home to literally hundreds of textile mills, carpet mills, tanneries and other factories. Over the next few decades, the city’s manufacturing economy gradually declined, and by the 1950s most of North Philadelphia’s factories had closed their doors. Thousands of jobs disappeared, and the city’s population began a steep decline in the middle of the 20th Century. 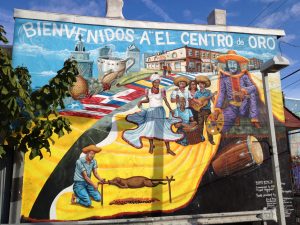 Around this same time, migration of Puerto Ricans to Philadelphia grew significantly from the 1940s through the 1970s. The several blocks around North Fifth Street between Lehigh and Allegheny Avenues—known as “El Centro de Oro,” or “Center of Gold”—soon became the residential and business center of Philadelphia’s growing Latino community. Today, Philadelphia has the second-largest Puerto Rican community outside of Puerto Rico itself, and migration to North Philadelphia has increased in recent years from the Dominican Republic, Guatemala, Colombia and Mexico, as well as many other non-Spanish-speaking countries. Today, North Philadelphia is a highly-diverse community with a vibrant multi-ethnic culture and a rich history, and which has strong community roots going back generations. A large percentage of Esperanza’s current staff members are North Philadelphia residents and are proud to call this community their home. 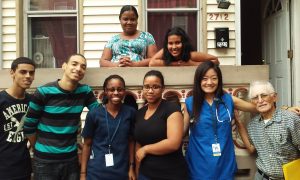 Public health data for North Philadelphia reveal many persistent health disparities that negatively impact our community. These disparities include high rates of many common health conditions, such as diabetes, hypertension, cancer, low birth weight and infant mortality, childhood obesity, depression, asthma and others. Recent research by VCU’s Center on Society and Health documented that the overall life expectancy in Esperanza’s North Philadelphia service area is 10 to 17 years shorter than life in Philadelphia’s more prosperous neighborhoods. This stark difference in life expectancy is the result of the cumulative effects of deep poverty, high crime, repeated trauma and lack of access to affordable, quality health care that directly impact North Philadelphia’s residents.

Esperanza recognizes these challenges—and, we’re excited about new opportunities to invest in North Philadelphia’s people to promote our community’s health and well-being, which is something we’ve been committed to since our founding in 1989. Our Mission Statement begins with the following: “Compelled by the love of God in Christ Jesus, in partnership with the Church and others…” To fulfill our mission, Esperanza seeks to not only provide excellent, compassionate care in Jesus’ name for all of our patients, but also to reach outside of the exam room walls for a healthier community.

To that end, we’re building and expanding our community 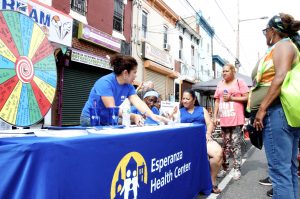 partnerships with local churches, other non-profits, schools, government agencies, local North Philadelphia community development organizations, and many different neighborhood groups. Our innovative Community Health Promoter program is but one of the many ways that we’re empowering others and partnering in health with the people of North Philadelphia.

With God’s help, we will continue in our commitment to the health, well-being and shalom—the Bible’s word for wholeness and peace—of our community.

“But seek the welfare of the city where I have sent you…and pray to the LORD on its behalf, for in its welfare you will find your welfare.”   (Jeremiah 29:7) 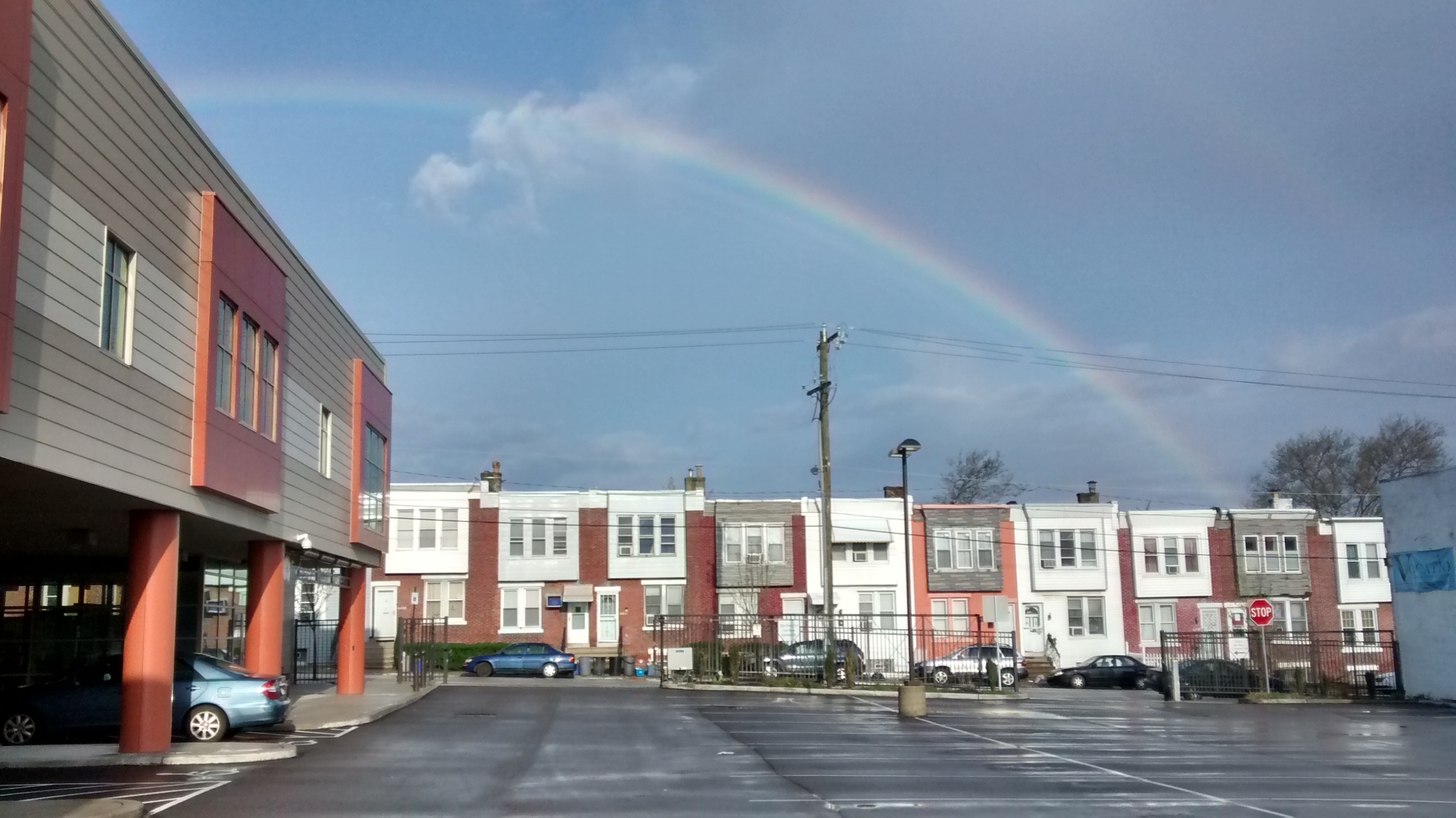