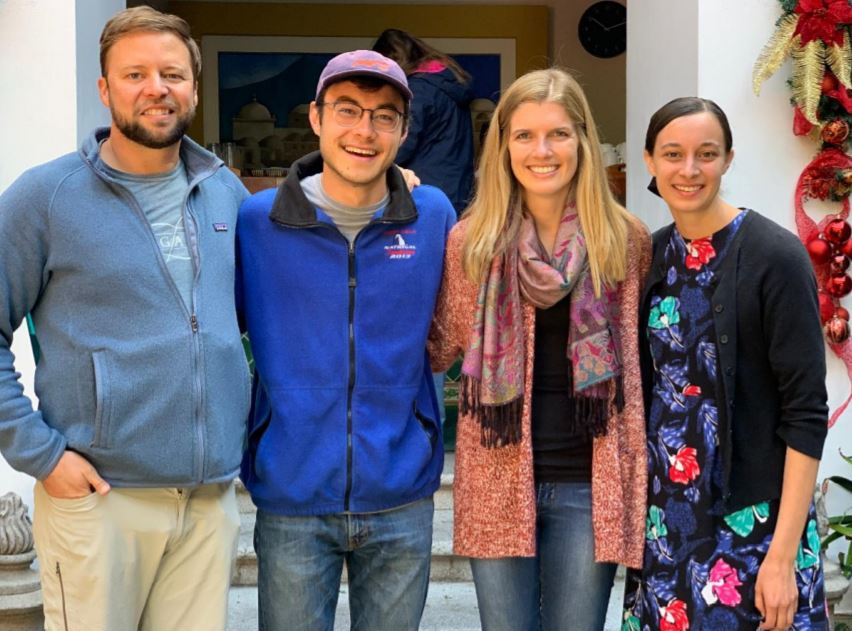 One year ago this month,Esperanza’s entire staff visited our Kensington health center site
as construction was underway (photos above), and wrote Bible verses and reflections
on the girders and walls.

We’re giving thanks to God for the provision of our new health center, which opened this past fall. Also, many thanks to our donors, organizational partners, churches and community members who made this all possible through your financial contributions, collaboration and prayers!

This fall and winter,four new members of our primary medical care staff (photo above) have participated in Spanish language immersion training in Antigua, Guatemala in preparation to join Esperanza’s clinical team. Most (over 85 percent) of Esperanza’s patients are Latino, and the majority speak Spanish as their first, or only, language. Since Esperanza’s earliest days, the health center has remained committed to hiring bilingual care providers and to providing Spanish language training to new providers.

Originally from Minnesota, Jenise Ropp, DNP, CRNP(photo, far R) earned her Bachelor of Science in Nursing degree from Bemidji State University, and in 2019 received her Doctorate of Nursing Practice degree from the University of Mary in Bismarck, ND; she is a member of the Sigma Theta Tau international nursing honor society. While pursuing her DNP degree, Jenise
was a registered nurse in the medical/surgical, emergency and labor/delivery departments of a critical-access hosptial in rural Minnesota. She was drawn to Esperanza after hearing about the health center’s Christ-centered, holistic approach to patient care.

A graduate of Wheaton College,Sara Buxton, CRNP, MSN (2nd from R) earned her Master of Science in Nursing degree at the University of Alabama at Birmingham, and is also a member of Sigma Theta Tau. Prior to pursuing her nursing degree, Sara served with Paz y Esperanza, a Christian human rights NGO in Peru. She completed a one year nurse practitioner program at
Cahaba Medical Care in Birmingham, AL before joining Esperanza. Both Jenise and Sara began work as family nurse practitioners at Esperanza earlier this month.

Steven Wood, CRNP, MSN (2nd from L) is a graduate of Vanderbilt University in Nashville, TN, where he earned a Bachelor of Science in Child Development and then his Master of Science in Nursing degree in 2019. Most recently, he completed a family nursing preceptorship with Priority Primary Care in Russellville, KY. Steven will join our staff as a family nurse practitioner in February after completion of his language training.

Sara and her husband, Jonathan Buxton, RN (far L) were married in the summer of 2019; Jonathan will join Esperanza in March as a care team nurse after he completes his language training. He earned both his Bachelor of Science in Nursing degree and Bachelor of Arts degree in Communications from the University of Alabama, and most recently served as an ER nurse at Princeton Medical Center in Birmingham, AL.

You Can Make a Difference!

Your generous gift to Esperanza—whether through a one-time contribution or by giving on a monthly basis—will make a real difference for our uninsured and under-insured patients, enabling our care providers to offer excellent, compassionate bilingual care.

Watch this short video as Esperanza’s medical director, Dr. Bryan Hollinger shares about how clinicians’ ability to provide health care services in a patient’s language has a significant impact on the doctor-patient relationship and the care they provide:

Thanks to members of the Women’s Ministry atGrace Point Church in Newtown, PA and to members of Esperanza’s “Young at Heart” Seniors Group, for lovingly sewing and knitting dozens of quilts, blankets, hats and baby clothes for our soon-to-be-born Esperanza babies! Pictured below are participants in a recent Centering childbirth class at our Kensington site who received quilts made by Grace Point Women’s Ministry members. 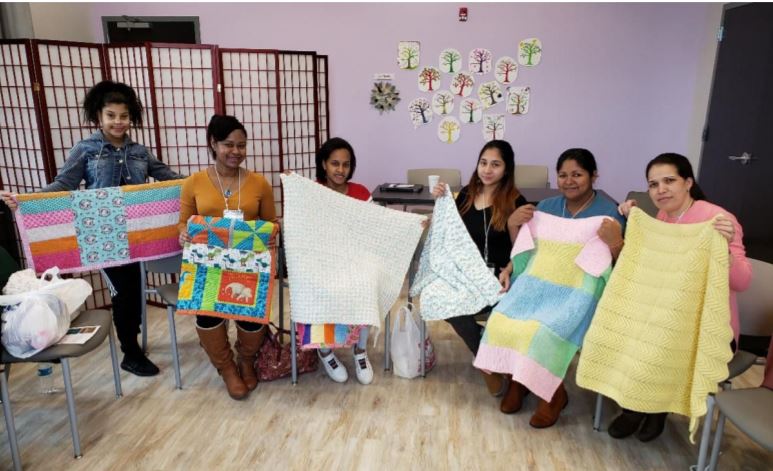 In the photo below are Spanish-language Centering class participants at our Hunting Park site, with blankets and baby clothes made by Young at Heart Seniors group members. 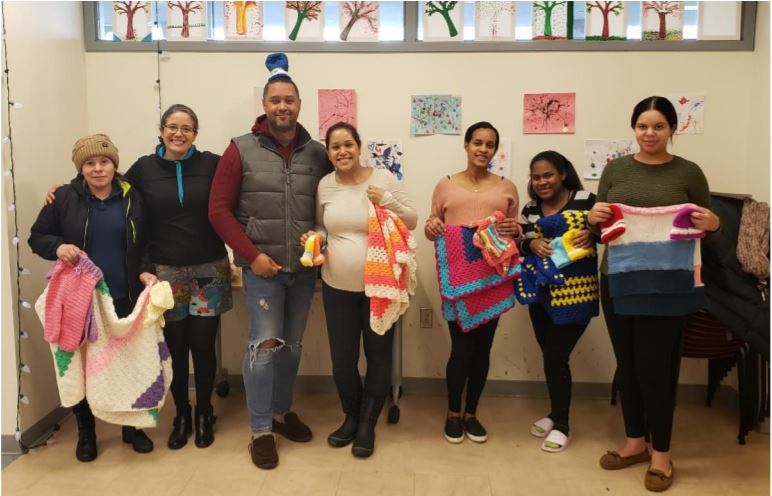 In late December and early January, a
series of earthquakes rocked the
southwestern portion of Puerto Rico,
including the cities of Guayama, Guánica,
and Ponce, damaging or destroying many
homes and buildings and leaving
thousands of people homeless. As of this
date, aftershocks continue in this area.
Esperanza is partnering with Guacamaya
International Aid, which is working with a
local church in the affected region of
Puerto Rico to provide direct relief to
those impacted by the earthquakes.

Please consider making a donation
through the Guacamaya website
(contributions are through PayPal); all
funds will be used to purchase needed
supplies (food, personal hygiene items)
that will be sent directly to those in need
in Puerto Rico. Thanks for your prayers
for the people of Puerto Rico and for
those helping with recovery efforts. 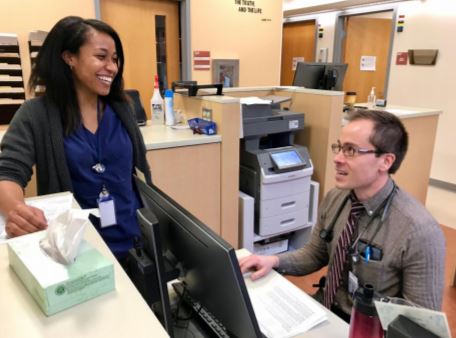 Esperanza is currently hiring to fill a range of positions in clinical and administrative areas. Please visit our Opportunities page to learn more about our current job opportunities!