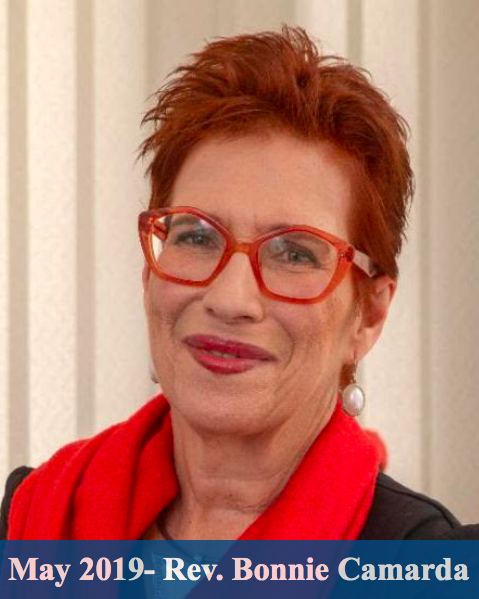 Recently, we spoke with Rev. Bonnie Camarda, Director of Partnerships with The Salvation Army’s Eastern Pennsylvania and Delaware Division, about Esperanza Health Center’s beginnings. While serving as church administrator at Living Word Community in Philadelphia in the 1980s, Bonnie helped founding physician, Dr. Carolyn Klaus, turn the vision for a North Philadelphia community health center into reality. On June 15, 1989, Esperanza’s doors opened as a small, second-story walk-up clinic on North Fifth Street. Bonnie continued to provide administrative support on a part-time basis at Esperanza, and in the mid-1990’s served as Interim Executive Director during a difficult transition period.
Below are some of Bonnie’s reflections and insights about the health center’s earliest days and how God continued to demonstrate his faithfulness and goodness to Esperanza throughout those years, despite many challenges.

“In the early days, we had a 2nd floor on Fifth Street, which we called “Bloque de Oro”—patients started visiting Esperanza because they knew we were caring. We accepted everyone, it didn’t matter who you were. If you came to the clinic, you were treated with respect, with love, and were given a message that you were important, because we served God. We had four doctors – Dr. Carolyn Klaus, Dr. Michael Moore, Dr. Bryan Hollinger [Esperanza’s current Medical Director] and Dr. Melissa Nieves. Little by little, we started to take in more and more patients. What Esperanza Health Center had from the beginning was the commitment of the entire staff—the nurses, the doctors, the receptionist, the accountant—to really see the Kingdom of God built in the community.”

When Esperanza was going to potentially close its doors in the 1990s, was there a turning point?

“After Dr. Klaus moved on to another ministry in Indiana, the clinic had a lot of challenges. We didn’t have any money. We literally could not pay the doctors. And, I was brought in as the interim Executive Director, to try to help us see how we could go through that ‘bump.’ During that time we had a very good chair of the Board, Mrs. Nancy Huston Hansen, and immediately we started mobilizing to try to learn more about billing to make sure we were billing correctly. We also had a few donors who came around us to give us money to keep us going….Without God, I don’t think that Esperanza would have been able to continue.”

How did you see God demonstrate his faithfulness to Esperanza?

“Without faith, Esperanza would not be here, and without faith, patients would be without hope. I can tell you one story that I still remember, from Esperanza’s early days, when we visited a patient’s home on Fifth Street that was in disrepair. The patient had seven kids, and she had asked us to visit her and help her. Little by little, we taught her how to save money so she could move out of that house, and how she could be educated for the kids’ sake. Today, five of her seven children have degrees from college. Without faith, we couldn’t have done that—trying to see what the needs were, and to help. I also remember a young patient who had HIV/AIDS because of his drug use. He soon gave his life to Christ, and later died because of AIDS. We were able to give him hope, to come alongside the family and help… Without God, those early patients we saw that had AIDS would not have had the same hope.”

If you had something that you would want everyone to know about Esperanza, what would you tell them?